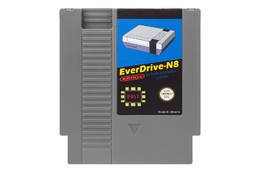 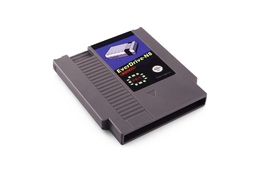 * Famicom version of cart requires Famicom to NES adapter to be used with NES. NES version of cart requires NES to Famicom adapter to be used with Famicom.
** Only Famicom can output expansion sound without modification. NES systems require modification to support this feature.
*** FDS is the only exception, user should push the reset button on system to get back to main menu before than shutting down the system, otherwise FDS save data will be lost.

Important notices:
At first boot, CIC chip may need reconfiguration. Look at this video for details.

We do our best to ensure that our devices are compatible with various console clones and modified systems, but we cannot guarantee compatibility with all of them, especially modern clones released after our device.

Just wonderfull.
Recomend the product, works like a charm and every retro gamers should have.
Keep up the good work, love it.